About the New York State Library

The New York State library celebrated its bicentennial in 2018. The Research Library, established by law in 1818, collects, preserves and makes available materials that support State government work. The Library's collections, now numbering over 20 million items, may also be used by other researchers on-site, online and via interlibrary loan.

The Talking Book and Braille Library (TBBL) lends braille and audio books and magazines, and special playback equipment to residents of the 55 upstate counties of New York State who are unable to read printed materials because of a visual or physical disability.

Ms. Moore has served in various leadership positions at public libraries and library systems throughout her career. Most recently, she has served as the Executive Director of the Pioneer Library System where she leads the development of 42 small and rural libraries in Ontario, Wayne, Wyoming and Livingston Counties by coordinating shared services. She previously served as the Assistant Director of the Pioneer Library System and the Deputy Director of the Southern Tier Library System. Ms. Moore has also served in leadership positions for various library professional organizations as well as for local, regional and statewide community service groups, including most recently, The New York State Complete Count Commission. The Commission was created to inform and help direct the State's efforts in the 2020 Census.

Ms. Moore earned her Master of Library and Information Sciences degree from the University of Pittsburgh. She also holds a Bachelor of Arts degree in English from Rutgers University. 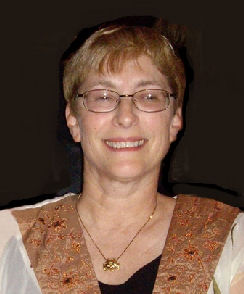 During her tenure at the State Library, Ms. Desch has provided leadership and vision for statewide programs, policies and services designed to improve library services for 19 million New Yorkers through a comprehensive network of 73 library systems and over 7000 public, school, academic and special libraries.

Under her leadership, the State Library has obtained over $30 million in private funding from the Bill & Melinda Gates Library Foundation to expand public access computing in libraries, obtained $140 million in matching capital funds for public library construction, expanded a successful Summer Reading in New York Libraries program that now serves over 1.9 million young people a year, and obtained over $187 million in federal E-rate discounts for New York's libraries and established a statewide early literacy program "Ready to Read at New York Libraries."  She also participated in the creation of the New York Online Virtual Electronic Library (NOVELNY), the State Library's most highly valued program, which now provides over 55 million items annually to New Yorkers through more than 5,600 local libraries. Ms. Desch manages the most comprehensive program of statewide library development services in the nation, including over $100 million annually in diverse state, federal and private funding programs. She engages in extensive policy work with diverse constituency groups and high-level decision makers on priority issues such as statewide technology planning, equity of access to library services, digital literacy, higher service standards, diversity of the profession and legislative advocacy. She advises the State Librarian, Deputy Commissioner, Commissioner and Board of Regents concerning state and federal library programs, policies and services. She represents the State Librarian and the State Education Department within State government, with the Federal government, with national library organizations and with other outside groups and agencies.

Ms. Desch is recipient of the 2001 Distinguished Alumna Award in Information Science and Policy from the University at Albany, State University of New York. She also received ASCLA's Cathleen Bourdon Service Award for outstanding service and leadership in 2015.

She received a BA in Education and Social Sciences from the State University College of New York in Oneonta. She is a certified teacher, school library media specialist, and public librarian. She received her Masters in Library Science in 1977 from the University at Albany. Before joining the staff of the New York State Library, she worked at the Bethlehem Public Library in Delmar, New York, where she spearheaded a nationally recognized job and career information service.

Liza Duncan joined the NYS Library team in 2000 serving as the Principal Librarian. She leads the Library's efforts to preserve, distribute, and make accessible documents related to the government and history of New York State.

Before joining the New York State Library, Liza was Head of Technical Services at Albany Law School's Schaffer Law Library where she oversaw the implementation of the library's first integrated online library system. She began her career at Union College's Schaffer Library as Catalog Librarian specializing in name-authority control, Russian language materials, and microforms. Her professional memberships include the American Library Association, New York Library Association and various association chapters. Liza received her MLS from the University at Albany and BA from Syracuse University.


More about the NYS Library